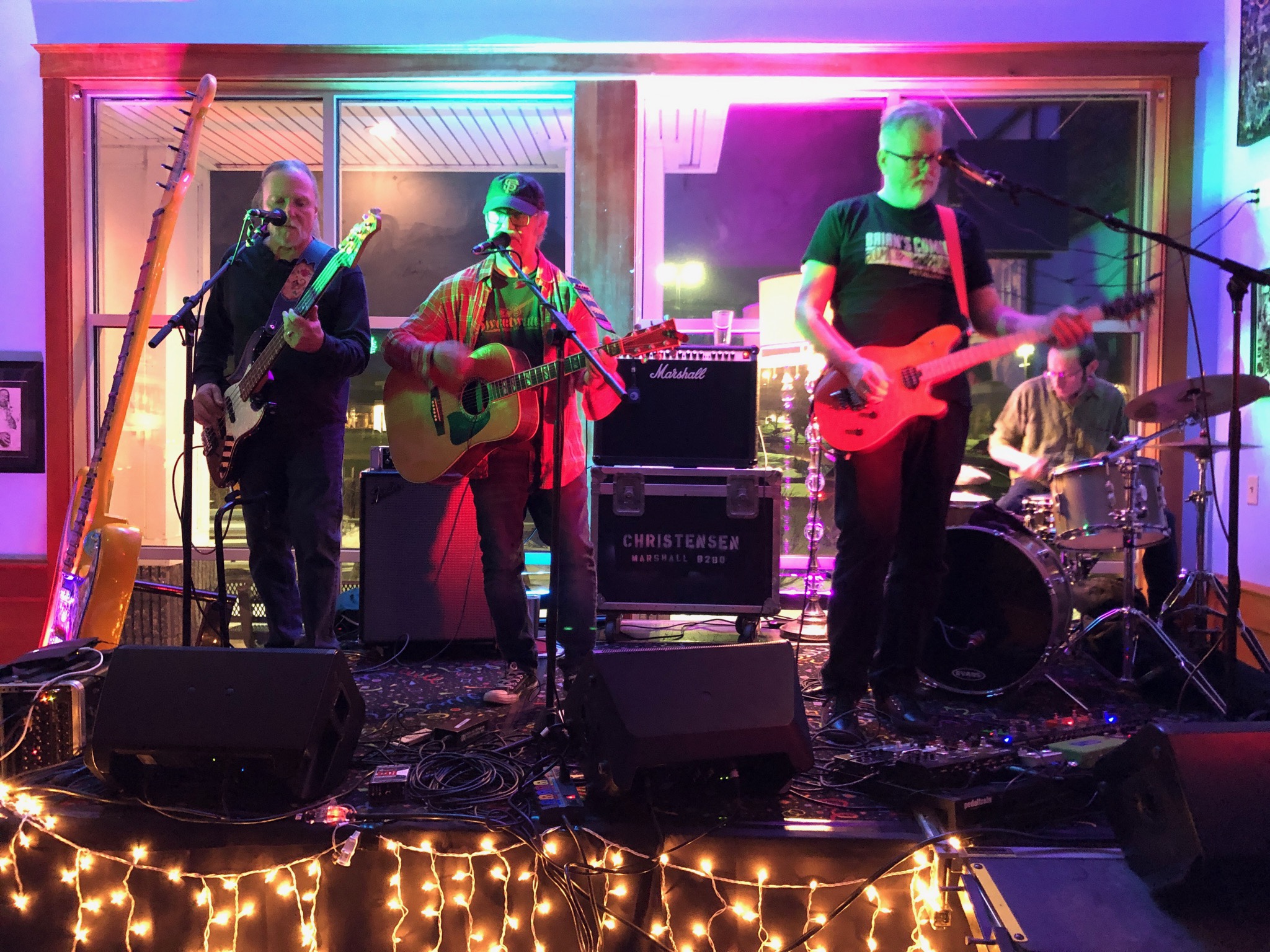 While Radio Underground is on hiatus, in an effort to keep playing and not go bonkers, Arty and I have enlisted RU drummer Andrew Bedard and Bardela (R.I.P.) bassist Jeff Barrows to bring some of Arty’s newer songs to life. Originally conceived as a semi-autobiographical song cycle, Winooski Falls has also become the name of the band. The sound of the band can best be described as… well, it’s tough to describe. An Americana influenced singer/songwriter with an acoustic guitar accompanied by a jazz drummer, jam band bass player and a prog rock guitarist and sonic weirdo. You try and describe it.

We rolled out the new sound at the Double E in Essex to a crowded room that danced, cheered and sang along. We had our sound guy and human security blanket Bennett there so the sound was tight and the pressure low. A pretty good night. I hope we can get back there soon.